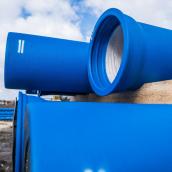 The Polish city of Gliwice is building a beltway to improve traffic in its industrial area. In parallel with this work, a water supply pipeline is being installed along the structure. The pipeline, about 5 km long, includes NATURAL DN 200 and 400 pipes, TT PE DIREXIONAL pipes for trenchless installation in high traffic areas, pre-insulated pipes for bridges, as well as EURO 20 autoclaves valves. This work started in 2018 and its last phase is currently continuing, with 780m of NATURAL DN200 pipes laid in front of the polish headquarter of Saint-Gobain.

Gliwice is one of the better connected cities in Poland. In Gliwice, there are two highways, which intersect at the largest highway intersection in the country. Gliwice runs a road connecting major cities in Silesia Region. Right now is being built a modern urban beltway, which will improve the communication conditions of investment areas located in the Special Economic Zone in Gliwice. Along the beltway is being built DN 400 water pipeline which is made of ductile iron Saint-Gobain PAM. In the project were used three different types of pipes: NATURAL system in DN 400 and DN 200, TT NATURAL DN 400 and DN 200, TT PE DIREXIONAL and pre-insulated pipes (on small bridge), as well as EURO 20 Autoclave. The length of the pipeline is ca. 5 km right now. The water pipeline was built in front of headquater of Saint-Gobain PAM Poland.
The construction of the water pipeline began in the second half of 2018 and is being carried out in parallel with the construction of the road beltway. The investment has been divided into several stages. At this moment, two stages have been completed (Rybnicka - Biegusa streets and Biegusa - Daszyńskiego streets), which included the construction of a 3.5 km long water pipeline with DN 400 ductile iron pipes and 0.8 km with DN 200 ductile iron pipes.
Its construction was mainly based on traditional technology – open trench, but in places where was heavy traffic was used trenchless technology HDD. This stage of work lasted about 15 months and was completed in November 2019.
The entire water pipeline is built of Saint-Gobain PAM ductile iron. Most of the pipeline is laid underground, but there are fragments where had to install the system above the ground, e.g. over the Ostropka River.
Along the entire length of briges were installed dedicated pre-insulated WKG pipes.

For trenchless technology was used TT PE Direxional pipe with a special coating. In places where the investment was carried out traditionally, i.e. with an open trench, were used NATURAL system. The entire water pipeline has been designed for use valves EURO 20 Autoclave.

Currently, the next stage is being implemented, which includes Okrezna Street, where pipes NATURAL DN 200 with a total length of 780 m were used for the construction of the water supply. Headquarter of Saint-Gobain PAM Poland is located on the street. 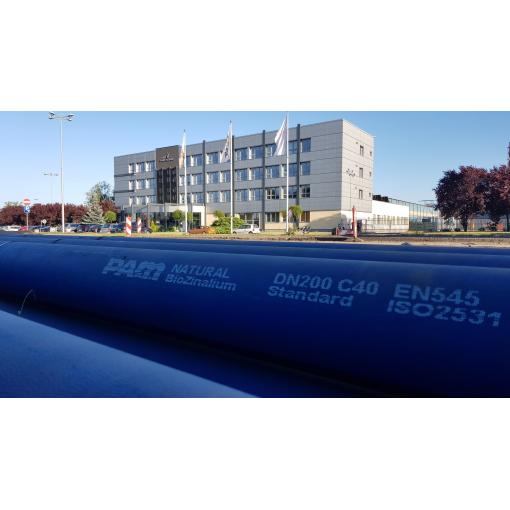 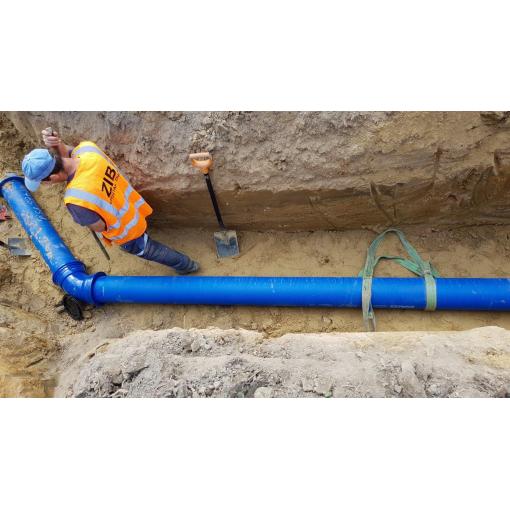 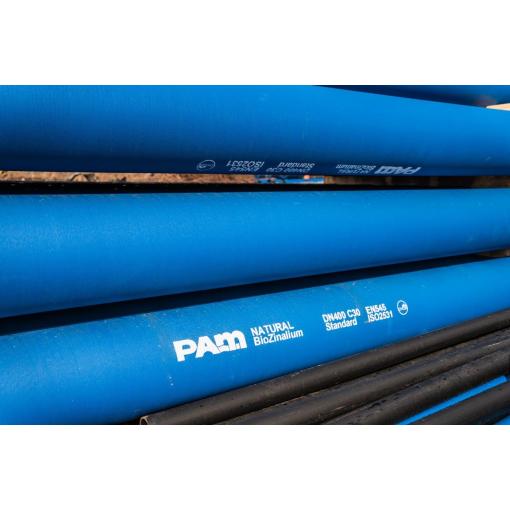 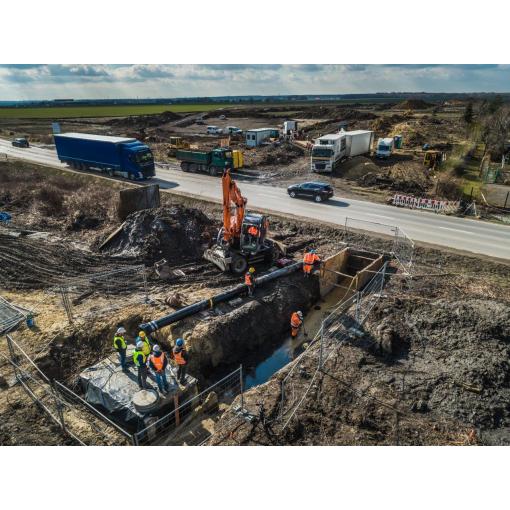 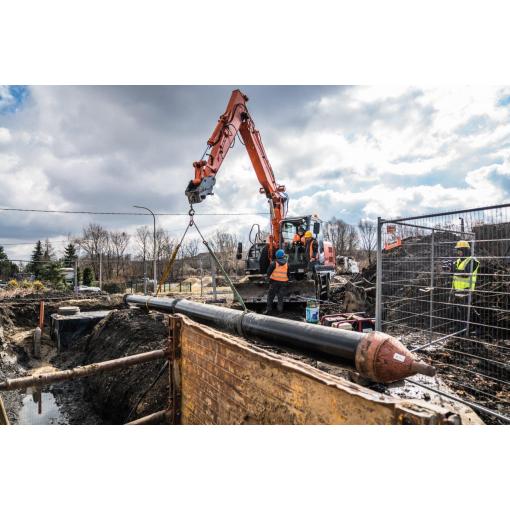 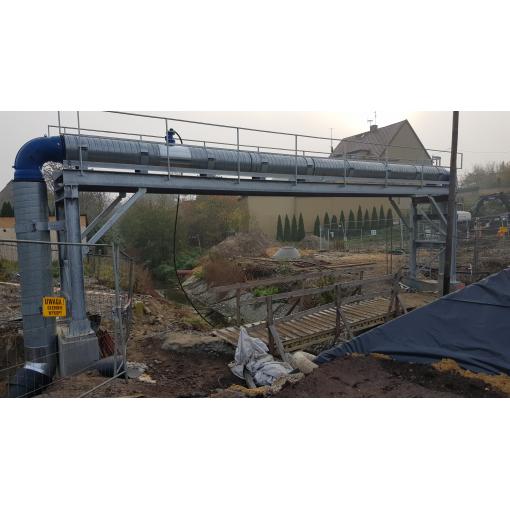