BluTraK is dedicated to lay ductile iron pipes BLUTOP and TOPAZ at a rate of 11 pipes (66m) in 2' 30 for a pre-assembled section in edge of excavation and laid mechanically at a depth of 1m in a strait trench (a video is available on full service).

The case is composed of 2 trucks with adjustable and flexible wheel in width and height to progress on the surface of the excavation after the passage of the slicer. The highest part of the trench varies between 280mm (pipes of DN75mm to 160mm) and 400mm (Pipes of DN160mm).

The first truck called ‘’mother truck’’ is equipped with 4 wheels of 260mm to move along the trench (adjustment height between 30 and 100mm). This truck raises the pipe of 20mm by the means of the 2 wheels forward in order to avoid the friction of the pipe on the ground and the transport of the excavated earths in the trench.

The wheel placed horizontally (which can be on the left side or on the right side or doubled for DN160) is centering the pipe in the axis of the truck before to carry down the pipe towards the second truck.

A plate in Teflon is fixed at the entrance of truck to protect the pipes at the time of the passage (anti-friction).

2 vertical metal plates interdependent of the framework, ensure the stability and the guidance of the truck. The position of the plates can be adjusted according to the width of excavation.

The ‘’mother truck’’ is pulled by a tractor to help the laying of the pipes in the trench.

A standardized chain (12m) fixed in front of the ‘’mother truck’’ allows the traction.

Dimensions of the ‘’mother truck’’

The second truck allows the laying of BLUTOP and TOPAZ pipes DN/OD 75 to 160 (not anchored) in the trench with a minimum width of 280mm (in case of anchored pipes, please consult our technical department).

The truck is equipped with 4 wheels of 260mm allowing the truck to move along the trench (adjustment height between 30 and 100mm) and the laying of the pipe on the bed of the trench (this second truck is pulled by the ‘’mother truck’’ with two chains distant of 3m).

Dimensions of the second truck

BluTraK is delivered in a secured steel case with all the additional accessories (15 wheels + vats with 3 sets of chains and rapid links + 2 wrenches). Different colors (blue and red) are indicated at the location of the assembly of the chains. 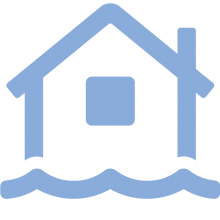